@CSB when people are deficient and they are coming down with something they will occasionally take a 150,000 IU dose. I doubt you are nearing OD levels but you should do the blood test.

@garritfra That is my plan. I want to get one with ATSC 3.0 tuner to pull 4k off of the air and then I will hook an Apple TV up to it. I think my experience in the past has been that the built in TV software isn’t a great experience anyway 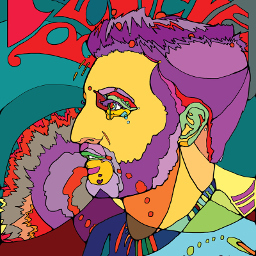 @CSB honestly now is the time to get it. Omi is so much milder than delta was you are better off getting it and building up natural immunity compared to the earlier strains. If my 80 year old in laws had it without issues that is the one to get.

Delta on the other hand kicked my ass.

@CSB those haven’t been released yet in the US or they are just starting to be released. They haven’t even done safety testing on them on people. For the past year people have been boosting against a strain that didn’t exist in the wild anymore. Why don’t you go take the flu shot from 2 years ago to get boosted against this years flu? How much protection do you think that will give you?

@CSB they are still targeting the original variant so how are you protected from new ones. The virus they target isn’t in the wild. At this point the data is showing the vaxxed more likely to get reinfected with it.

At that point it felt like most of the American students were geeks that had been into programming for years. It was before dotcom.

@CSB every company wants more DEI. Black developers are hired easily. But if you look at a typical CS program it is white men, south Asians and East Asians. So women and under represented groups tend to get picked up by big tech fast and we smaller companies struggle to get access to those candidates.

@CSB I traveled for a year and lived life normally and I had no issues. I flew up to Minnesota a couple of times my wife flew to Mexico we road tripped across the country with our kids. Then when we were at home doing nothing and going nowhere for about 2 weeks I had to have someone draw my blood for a life insurance exam. He came over to my house took the blood and gave me Delta. 4 days later the fever began.

@CSB I think there is a lot of truth to this. Once your basic needs are met it is much easier to be less focused on material things.

@CSB It is fairly easy to earn way above that here there is so much opportunity.

@CSB I will just look in the code later. Have a crying baby right now I am trying to settle

@CSB Not sure I haven’t looked too closely.

@CSB Python is one that I have never gotten around to diving into deeply. My ML engineer builds all his stuff in it. I do Go primarily these days